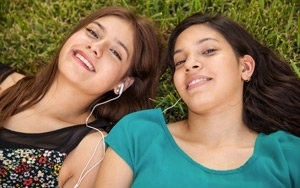 Music is the food of ethnic marketing. A new study from Nielsen says multicultural consumers — the one-third of the U.S. population who identify as African-American, Asian American or Hispanic — respond more positively to music in brand marketing than does the population at large. They are also more likely to be technology early adopters, to use mobile devices and streaming services, and to buy digital albums and songs. And per Nielsen, they are more likely to react positively when brands engage them with music-oriented promotions.

They are more likely than others to pay for streaming services via Pandora One, Spotify Premium, Google Play Music, RDIO and Grooveshark. Pandora has the lion's share with 36% of multicultural consumers favoring the streaming channel, versus 34% for YouTube and 13% for iHeartRadio.

On average, per Nielsen Music 360, multicultural Americans spend $7 more on music than the total population — $111 per year versus $104, or 31% of the total spent on music. And they over-index for using YouTube as a digital-music discovery channel, 36% versus 28% for non-Hispanic whites. Their top source of music during a given week are Internet streaming radio services, favored by 50% of multiculturals, versus 44% of non-Hispanic whites.

African-American, Asian American and Hispanic Americans also respond to brands that lead with musical score: 61% respond favorably to brands offering a free download of a new single; 55% respond to ads featuring music they like; 51% respond favorably to brands whose sweepstakes dangle CDs, and band-centric merchandise and concerts. Forty-eight percent respond to a brand sponsoring a tour and to brand sponsorship of concerts; 45% like brands that allow music downloads through proof of purchase.

Nielsen points out in the study that technology is dissolving musical genres. "A fan can move from rap to K-Pop to rock to reggaeton with a simple click of a finger," says the study, noting that Comcast and P. Diddy's Revolt TV, serves up a stew of genre mixes. "The hit song 'Hangover,' a pan-cultural collaboration between Korean dance-pop superstar Psy and hip hop icon Snoop Dog, tapped a global audience with more than 7 million views on YouTube."

The study says that multicultural Millennials over-index for R&B and Hip-Hop. The "total market" over-indexes in — you guessed it — country music. They also have a slightly greater propensity to favor top-40 and rock.