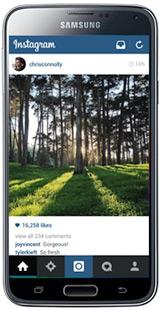 It's one of those times when images tell a story more than a thousand times better than words -- at least for Google, especially when that company reads pixels in Facebook's Instagram app. Late Friday, Jetpac made it known per their Web site that Google acquired the company for an undiscovered sum and that it would cease support as of  Sept. 15.

Jetpac's technology scans pixels in public Instagram photos to match up features in photos or surroundings. The app can identify blue skies or clouds, women who wear lipstick, or men with a mustache drinking a cup of coffee. The app serves up places that are most frequented in a city by a specific type of person such as a dog lover in Central Park.

Aside from the Jetpac City Guide that provides insight into places types of people frequent, the company developed object recognition technology with the ability to recognize objects, shapes and texture like fur. It can combine these signals to identify breeds of plants and dogs.

Jetpac's app, Jetpac City Guides, was pulled from the App Store. The technology, based on deep learning and artificial intelligence, caught interest early on from former Yahoo CEO Jerry Yang, Khosla Ventures and Morado Venture partners. The company has secured $2.4 million in funding since 2012.

No word from Google on the company's plan for the technology.

When Jetpac rolled out the free City Guides app, the company's promotion began touting the technology's ability to analyze millions of photos on Instagram to determine the happiest cities in the United States. Take that technology and throw it into an ad-targeting platform that can analyze intent, and the advertising industry could see the germ of a seed that combines analytics, business intelligence and artificial intelligence to more accurately target advertisements across offline and online platforms.