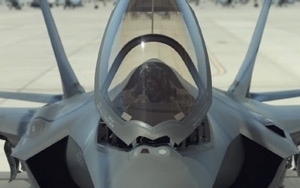 "Aim High" is back. The U.S. Air Force slogan, which has been MIA for the past 15 years is back in the left seat for a national campaign via Austin, Texas-based  GSD&M, highlighting accomplishments of Air Force Airmen through history, not to mention the career opportunities in the service. It is the first major national campaign for the brand since 2012.

It is also the first time a branch of the military has partnered with a gaming platform, as the campaign includes a PlayStation integration. Also new to Air Force advertising is the appearance of top brass. Air Force Chief of Staff Gen. Mark Welsh III gives a standing order to future Airmen in one of the spots: innovate and seek out the next frontier.

The campaign also has a new Web site and video content showing how Airmen are “Barrier Breakers” and are capable of the impossible. Custom content includes partnerships with TapJoy, Discovery News, Wired and Scientific American.

The Web site redesign focuses on “Barrier Breakers” with stories of Airmen who have made significant contributions in their fields by doing the apparently impossible. The site will also offer opportunities for visitors to learn more about the careers available in the Air Force.

The digital elements include a media buy strategy around custom partnerships and paid social activations. That includes the PlayStation relationship where a button on the digital store menu takes users to an Air Force-branded page hosting “Barrier Breakers” video content. And in addition to the PlayStation element, there is also a game-centric tie-in to mobile advertising platform “TapJoy,” where users who watch Air Force videos will be rewarded with in-game lives or points.

In terms of branded content, the component with Discovery News features Trace Dominguez hosting a three-part series highlighting "barrier breaking" people and innovations. The video content is also on Spotify, tied to a  custom playlist generator suggesting music based on one's current selections.

Site-takeover and ad buys grace Wired, Scientific American, Popular Science, and also YouTube, per a release on the campaign.