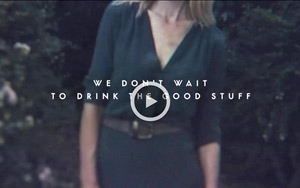 Since last year, Flipboard has ramped up rich media advertising and e-commerce opportunities within the magazine-style app as it moves toward increased monetization. To that end, the company on Monday launched video advertising for the app with a group of eight brands including Gucci, Chrysler, Sony Pictures and Lufthansa.

The ads, which will play full-screen with audio when tapped, will appear in popular Flipboard sections, such as news, sports, travel and entertainment. The video spots will typically run the standard 15- or 30-second length but the format will allow longer ads. Sony Pictures, for instance, is running a trailer for its upcoming release “Fury,” starring Brad Pitt that lasts just over two and a half minutes.

Flipboard first said it would introduce video advertising at an industry conference in August. The ads will appear to users much like existing full-page display ads but feature a video play button in the center. Unlike other mobile-focused properties such as Facebook, which rolled out video ads earlier this year, Flipboard has eschewed ads that autoplay.

“When people are reading Flipboard and see an ad, we don’t want to suddenly be playing video that feels intrusive or causes latency in the experience. We believe that this experience works best within Flipboard and gives brands a great way to expand their relationship with readers,” explained Nicole McCormack, online ad sales director, West Coast, for Flipboard.

She added that the company isn’t using autoplay partly as a result of discussions with brands and agencies, which told the company they’ve seen better completion rates and more qualified views when a reader opts to play a video or not. McCormack also noted that brands won’t pay extra for including video in ads, but there is a campaign minimum, which she didn’t disclose.

Following the pilot program with the initial set of brands, Flipboard will open up video advertising widely on November 1.

In terms of audience, Flipboard says that it has more than 100 million “activated users,” or people that have downloaded its app and used them to read links or entire articles. And 7 million have used the app to create 10 million personalized magazines. According to comScore, Flipboard’s U.S. audience has more than doubled to almost 12 million monthly visitors, as of July, from about 5 million a year ago.