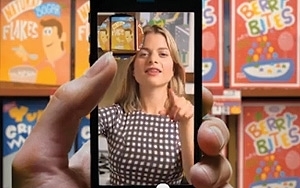 Ads are coming to Snapchat, and “soon,” Evan Spiegel, the start-up’s young co-founder and CEO, said Wednesday. Spiegel made the announcement before attendees of the Vanity Fair New Establishment Summit, in San Francisco.

Industrywide, the news took few by surprise, on Wednesday. “Everyone knew that Snapchat, like every other app that gains as many users as they have, needed a monetization strategy,” said Jan Rezab, CEO of social media analytics firm Socialbakers.

As for Snapchat’s specific approach, Rezab said: “Targeting would be very difficult for their ‘anonymous’ user base right now. Eventually they will have to add targeting -- whether it's on a regional, demographic, or other level -- to grow their advertising base.”

Snapchat debuted “Stories” late last year -- a feature that lets users save and share photos for up to 24 hours. Adding a collaborative component to the service, the startup more recently unveiled its “Our Story” feature, so people at the same events could combine their own “snaps” into a single “story.”

The forthcoming ads are expected to tie into “Our Story,” which was introduced to many users during the FIFA’s World Cup final this year. The service’s entire community was given access to a stream of curated content created by attending the big game between Argentina and Germany.

Some notable investors have said they expect the anonymous social networking trend to be short-lived. Yet the numbers continue to tell a different story.

All told, Snapchat has raised roughly $100 million from Lightspeed Venture Partners, Benchmark and Institutional Venture Partners, among others. Some industry watchers say Snapchat’s popularity is bad news for advertisers because it represents a turn toward personal privacy and digital anonymity.