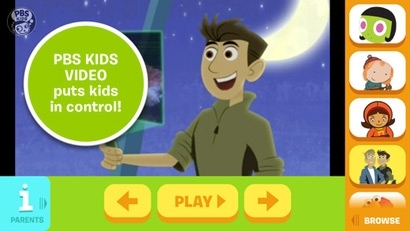 There was a lot of hand-wringing lately about whether tablets will continue to be relevant in the device market. Apple’s iPad rollout last week left the tech press generally underwhelmed, especially after gushing over the iPhone 6 and iWatch a month before. The flattening growth of iPad sales, increased competition from Android tablets, and the nudging upward of smartphone sizes led some critics to question whether we really needed the in-between screens any longer. No one ”needs” a tablet, I heard many critics mutter.

They might want to ask a kid first. Not only are tablets becoming an indispensable part of children’s media consumption, but they appear to be replacing other critical devices. According to an annual exhaustive survey of children’s media use by the UK regulatory agency Ofcom, kids’ tablet ownership and use has expanded greatly in just the last year. Among children 5 to 15, 71% now have tablets available in the home, up from 48%, TabTimes reports (the full Ocfcom report is here). In the teen segment, the presence of the mid-sized screen is even higher -- at 75%, and again up dramatically from 48% last year. A good deal of this growth seems to be coming from kids getting their own tablets, since actual ownership has gone up to 43% for teens, up from 26% a year ago.

About 20% of British kids are using their tablets to watch TV. They are using tablets at about the same daily rate as they are using mobile phones and computers. In fact, tablet use is now outstripping game console use for them. for the 3-7 set, tablets are the most common device for accessing the Internet. And about a third are using the devices to play games.

There is some real displacement going on among youth when it comes to the versatile tablet as a media consumption hub. While tablet in-home use is way up among kids in the UK, the presence of a TV in the bedroom has declined from 66% in 2009 to 46% now, just as game consoles in their room has dropped from 65% to 41%. Tablets rank second only behind TVs as the device they would most miss.

Whether these kids will bring their tablet love into adulthood is an open question, of course. There is some evidence in the survey regarding game play, and overall in-home use, that phones become increasingly important as they get older. But one of the things kids have gleaned easily, I suspect, is how tablets are liberating devices in the home. They personalize the media experience in a way TV cannot, and they untether the experience from a specific place and settings in the home.

The penetration of tablets into the home has occurred at an unprecedented pace. It was never clear to anyone how many of us would regard these things as must-haves. And so the inevitable leveling of the market ignites concern and overcompensation. The replacement cycle for tablets is nothing like that of smartphones, nor is the need for radical innovation. On the high end, I imagine that Apple and Samsung, Lenovo and others will do battle for the enterprise. Rumors of a larger iPad coming next year suggest as much. If true, it would help Apple separate consumer and productivity markets.

But as an in-home media consumption device, the kids are right. These screens will only increase their utility as TV, PC and gaming replacements. Nothing else is at once this immersive and this liberating.