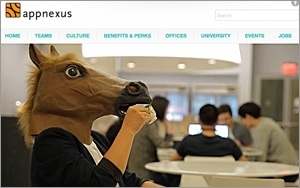 AppNexus is moving to bolster advertiser confidence in its in-app ad offerings with a new app of its own, allowing publishers to monitor ad quality from their mobile devices. The company also announced it is joining forces with a number of big ad tech firms and third-party monitors to combat fraud by filtering ad inventory and weeding out fake impressions.

The new AppNexus mobile app, called Insight, allows publishers to check the quality of advertising delivered to their apps using their own mobile devices, in order to ensure that ad creative is up to their standards in terms of content, appearance and contextual relevance. The Insight app allows them to both view live ads and related information about the ad placements on the same device.

Insight offers ad data including the date and time an ad ran, ad size, language, media type, buyer and seller, winning price, currency, number of bids, placement, audit status, auction and user IDs, among other characteristics. Publishers can use the Insight app to ban specific creative or advertisers that fail to meet their standards from the app.

An enterprise component allows publisher team members to share their actions and communicate via email and other channels.

AppNexus also announced that it has joined forces with DoubleVerify, Integral Ad Science, Microsoft, PubMatic and Xaxis to address the issue of fraudulent impressions with the creation of a new Certified Supply Program. The CPS will expose all ad inventory to scrutiny by proprietary technology created by AppNexus, as well as third-party verification technology from DoubleVerify and Integral Ad Science.

As part of the CPS initiative, approved inventory from AppNexus, Microsoft, PubMatic, Xaxis and other large sellers will be labeled “Certified Supply.” The partners are guaranteeing that advertising clients won’t have to pay for any fraudulent or “invalid” inventory, including all non-human traffic. The CPS should be up and running by the second quarter of 2015.

News of the anti-fraud push comes just a month after a report in AdExchanger noting that up to 40% of ad inventory on AppNexus can’t be verified, raising the possibility it is not reaching the intended audience.