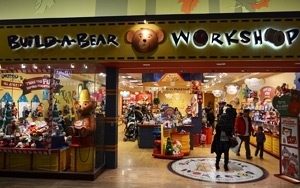 Gina Collins, CMO at Build-A-Bear, said: “JWT Atlanta has a proven track record of creating innovative and engaging experiences between brands and consumers. We believe that JWT is the right creative and strategic partner to help us elevate our brand as we look to expand our reach in the coming year.”

Added Kevin Keith, director of planning at JWT Atlanta: "Build-A-Bear has established great brand equity in the U.S. and abroad. Through our partnership, we hope to amplify this momentum and loyalty by creating new and innovative ways for brand enthusiasts to experience the wonder of Build-A-Bear.”

JWT said it would work closely with the Build-A-Bear team and their agency partners to develop a scalable marketing plan for 2015, developing new brand goals and a newly established brand “mission.”

In April, Interpublic Group’s UM was named media agency of record for Build-A-Bear North America and UK. The agency was awarded media planning, buying, strategy, analytics and digital work. For, UM the account is handled out of its New York, Detroit and London offices.

JWT sibling agency Geometry Global, a shopper activation network, contributed to the pitch and will be partnering with JWT on Build-A-Bear shopper and activation efforts. WPP’s Possible Worldwide remains the digital agency for Build-A-Bear.