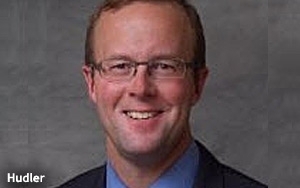 Dunkin' Donuts is marking milestones in its loyalty program and mobile app, and preparing to start testing a mobile ordering capability.

Today, the QSR brand will announce that membership in the digitally integrated iteration of its DD Perks loyalty program, rolled out 10 months ago (late January 2014), has surpassed the 2 million mark. In addition, downloads of its mobile app, launched in August 2012, have passed the 10 million mark.

DD Perks members are eligible for a free beverage on enrollment, on their birthdays, and when they reach 200 points (they earn five points per $1 spent). Previously, they received a medium-size beverage; now, they can choose small, medium or large. Trivial? Not to Perks members. Flexibility in the freebie's size was actually the most-requested change for the program, reports Scott Hudler, VP, global consumer engagement at Dunkin' Brands, adding that some customers wanted to be able to order their usual small size, instead of getting a medium or upgrading to a large.

Also, while Perks members were already able to share their rewards with friends and family, or auto-reload their Dunkin' account, they can now do both directly through the app, rather than having to use a desktop browser.

Dunkin' is using publicity and sweeps to drive awareness of the latest enhancements, new member enrollment, and increased use of the loyalty program by existing members.

The brand will thank its two-millionth DD Perks member with an "Ultimate Perk" package that includes $1,000 in cash, free Dunkin' coffee for a year, and a VIP trip for two to the brand's HQ outside of Boston to spend a day with Dunkin's culinary and "coffee excellence" teams.

Between Nov. 24 and 26, all Dunkin’ Twitter followers (DD Perks membership is not required) who tweet @DunkinDonuts about what they're most thankful for this holiday season, using the hashtag #DDPerksSweeps, will be entered for a chance to win a $1,000 cash prize. One cash prize will be awarded each day during the promotion.

In another sweeps, also featuring a daily $1,000 cash prize, consumers who sign up as DD Perks members between November 24th and 30th, using the promotion code 2MIL, will be entered for a chance to win.

Virtually all leading QSRs are focused on leveraging mobile apps, but not all have integrated apps and rewards programs.

Dunkin' told analysts that it would wait until February, when the integration has been active for a full year, to reveal specifics on the sales benefits seen so far.

However, Hudler does say that based on results to date, Dunkin' is confident that the capabilities will prove to be effective competitive differentiators. Dunkin' views one-to-one marketing — "the ability to target consumers with a laser instead of a bazooka" — and mobile capabilities as the keys to getting consumers to visit Dunkin' instead of competitors for their morning coffee stops, increasing visit frequency and order sizes and ensuring long-term customer retention, he says.

Epsilon data powers the DD Perks program, and Dunkin' is segmenting and targeting offers based on demographics and transactional and offer-redemption histories.

"Offering rewards tiers, and pushing people to reach a gold or platinum status, doesn't feel right to us," says Hudler, clearly taking a swipe at Starbucks' tiered loyalty program, although not mentioning the name. "We know who are best customers are, and we can reward them appropriately."

For example, to promote the launch of its Croissant Donut, Dunkin’ recently treated 12 randomly selected DD Perks members to special tastings of the new donut at Dunkin’ locations in their areas, as well as $500 DD cards.

Dunkin's plan calls for accelerating the already rapid adoption of its mobile app and rewards program with more enhancements and promotions.

Customers are already using the app to locate nearby Dunkin' stores, redeem offers and pay for their orders. Now, Dunkin' is gearing up to begin a limited test, before the end of this year, of mobile ordering for in-store pick-up, reports Hudler, who says that testing will be expanded in 2015.

The concept is to have customers phone-in orders, but not for specific pick-up times. Instead, they will use an order number or other ID form to alert staff when they get to the Dunkin' store. Staff will then make up the order on the spot — to ensure the appropriate temperatures for hot and cold drinks and a freshly made-up sandwich or other menu item, says Hudler — and let the customer know when it's ready at the pick-up windows or areas already in place in Dunkin' stores.

"Our products don't 'age' well, and we don't want to lower our quality standards or use heat lamps and warming trays," he says. "Our staff makes up orders so quickly that it's not worth risking a poor product experience by making up orders in advance."

The envisioned benefit for customers is saving time by bypassing the regular in-store ordering line, as well as paying with their pre-loaded mobile apps. Dunkin' expects that mobile ordering will increase visit frequencies and sales, as well as yield significant operational and cost benefits from customers moving in and out of stores more efficiently, Hudler says.

In addition to ongoing refinements of the DD Perks program, Dunkin' will be expanding promotions that encourage adoption of the app, like one that has been run for three football seasons in Philadelphia. When the Philadelphia Eagles win, residents in the Philly DMA who have the mobile app get a coupon for a free hot or iced coffee.

In addition to being less costly than print coupons, mobile promos have the advantage of rapid implementation. For instance, fans can access their mobile coupons for the Eagles promotion the morning after a game, even if it ended late the night before, notes Hudler.