Bands And Brands, Unite; Just Do It Right 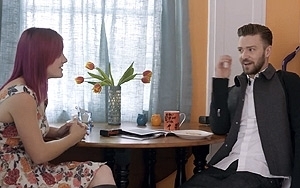 Yes, NYC & Co. chose a carpetbagger to be its official spokesperson for tourism. So what? While a New Yorker might scoff at Taylor Swift as the city’s marketing spokesperson because she’s a Nouveau Yorker, it is a media/marketing partnership made in heaven for both parties: Swift lets the world know she's got a little bit country, a little bit hip-hop ’n’ soul, booty-free profile, alabaster skin and anthracite blond hair notwithstanding. And New York gets the turbocharged Swiftian marketing machine.

Marketers and artists polled by brand experience and entertainment firm Frukt and Next Big Sound would agree. Some data points from the firms' new report, "Brands & Bands: The Value Exchange," show artists certainly benefit, not that Swift needs it: as soon as a partnership is announced, artists average a 17% increase in Twitter mentions while brands average an 80% increase.

In the study, 68% of artist managers cited brand partnerships as an increasingly important factor in adding value to an artist's career. Eighty-seven percent see raised tour awareness as the most valuable incremental revenue from a relationship with a brand.

The report says artists get new audiences, global markets, brand social networks, and synergy with other artists in the brand roster. And artists get awareness for new albums, live events, viral action, and an on-pack presence. There's content, reputation, and incremental value. Brands, meanwhile get reach, credibility, and reputation.

Says Anthony Ackenhoff, founder and CEO of Frukt: "It's about a natural fit and cultural alignment between brand and artist, not putting the brand next to an artist to look cool, and hoping the coolness rubs off on you." The audience is discerning, he notes, so if they follow an artist who does something that goes against the grain, and turns them into a non-credible artist, "That's a big risk for brand and artist."

He tells Marketing Daily that because of the value of social media, rising artists get a lot from the social boost from brand partnerships, and the brand-alignment channel is now part of the commercial ecosystem. "Ten or 15 years ago, an artist would record an album and go on tour. That was a revenue stream. Now, with recording revenue going down, they must get constant awareness rather than just when the album is released. Their music has to be constantly played and always in the public eye. That's more exposure and that builds an artist's career."

Frukt was involved in developing a partnership between Justin Timberlake and MasterCard around its "Surprises," one of whose central elements was Timberlake surprising a fan at her house. Ackenhoff says that partnership worked partly because Timberlake was very much into doing it.

"He did a two-and-a-half hour set with JayZ in Miami and afterwards he played for two and-a-quarter hours at an after-show gig for MasterCard at 3:30 in morning. For the brand, it was fantastic. There's a lot of good feeling: consumers get a lot out of it and so does the brand. Justin went out of his way to make it happen in the right way. A lot of artists wouldn't, so that's a good example of a long-term partnership with lots of transactional elements. What goes around comes around."