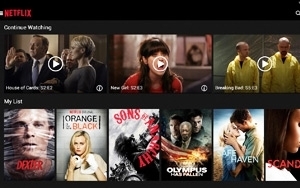 Bill Holmes, global head of business development at Netflix, stated: “Many households subscribe to both Netflix and a traditional pay-TV service. Our vast library of TV shows and movies, combined with Dish’s lineup of live television content, gives customers easy access to a wide variety of complementary programming.”

Dish says the Netflix app will roll out to its customers today. In the coming months, Dish expects the app to roll out to other customer set-top boxes, for those who have Joey, Super Joey and Wireless Joey.

Dish also says in the future, programming available on Netflix could be integrated into the search functionality across live, recorded and video-on-demand programs for the Hopper as well as Dish’s coming over-the-top (OTT) cloud-based TV service.