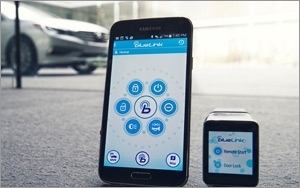 At the 2015 Consumer Electronics Show in Las Vegas this week, automakers like Chrysler, Ford, and Volkswagen are showing off technological advances in infotainment, safety, the connected vehicle, and the autonomous car. They include strategies to integrate drivers’ smartphone functions into the car’s own interface, collision control, gesture recognition, automatic parking, wireless charging and even automatic payment systems.

The study also suggests that consumers are split on smartphone integration versus dedicated on-board channels. About three-quarters of drivers said they don't expect their vehicles to be rolling smartphones, and over half would rather that automakers develop native infotainment services than integration with a driver's smartphone. Eighty percent, for example, said they would rather use on-board navigation than navigation apps on their phones. Over half of vehicle owners say that being able to use streaming services like Pandora or Spotify in their vehicle makes driving more enjoyable.

Of the 48% who do want automakers to spend their infotainment R&D in better integrating smartphones, seek a generic system that would be in vehicles from all manufacturers, e.g. Apple Car Play.

Automakers are also moving toward cars as hotspots. AutoTrader’s poll says that of the 3% of vehicle owners who have mobile WiFi in their vehicles, nearly two-thirds of them use it on a typical day.