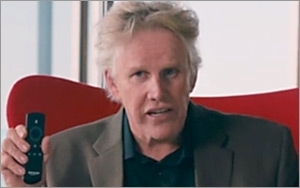 Here’s more evidence that the world of streaming media is becoming a big branding business: The top three “most buzzed” about brands in 2014 were heavily involved with online streaming entertainment.

Amazon, YouTube and Netflix came in at numbers one, two and three, respectively, on YouGov BrandIndex’s Best Brand rankings for 2014. While Amazon had previously topped the list in 2013, YouTube and Netflix both jumped up multiple spots (YouTube jumped four spots, while Netflix jumped eight) to make the top three, showing just how important streaming media has become to the average American consumer.

“The way consumers consume media is shifting from traditional TV to online streaming,” Ted Marzilli, CEO of YouGov BrandIndex, tells Marketing Daily. “These three brands are in the right place at the right time, as we’re going to see even more consumption switching in the future.”

The BrandIndex Buzz score compiles consumer responses to a question about whether they had heard positive or negative information about a brand (through advertising, news or word of mouth), and weighs the responses on an index of -100 to 100 to arrive at the score. As the top brand, Amazon’s positives — which included launching an OTT streaming device and Prime shipping services during the holiday season — outweighed negatives (such as a lackluster cell phone entry and highly publicized battles with book publishers) to achieve a 29.7 index score.

Being at the top of the list gives Amazon, YouTube and Netflix a head start in a growing market that will likely see a huge amount of brand activity in 2015. Streaming services such as Hulu and YahooTV will be looking to make their mark early this year, and new entries such as Dish Network’s SlingTV and HBO’s non-cable-connected streaming service will be looking to establish their own footholds later this year.

“Online content consumption is not going away,” Marzilli says. “I’m not sure [I’d consider] the other platforms as also-rans or not in the game at this point.”

Other brands on the top 10 list also benefit from the movement to a more technologically oriented culture. Samsung, Apple and Google came in at numbers five, six and seven on the list (Subway was number four), partly because of their connection to streaming content availability and overall connectivity, Marzilli says.

Rounding out the Top 10 list are Lowe’s, Ford and Cheerios, the latter of which garnered a lot of positive attention for running a Super Bowl ad prominently featuring a multicultural family for a lot of social media buzz, Marzilli says.

“The numbers across the U.S. are moving in favor of gay marriage and multiculturalism,” Marzilli says. “I think, net-net, that’s advantageous for brands.”