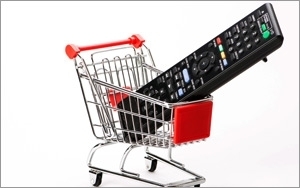 The companies said the latest deal would provide advertisers, agencies and TV networks with the ability to not only target, but also monitor effectiveness of their marketing to retailers and brands. It will also allow customers to translate TV impressions and actual merchant sales dollars to better understand the effect TV and digital companies have on results on retail sales.

Chris Wilson, president of national television at Rentrak, said the agreement would “help move the marketplace to targeting with consumer data that can be used to measure the results of an advertisers media buy.”