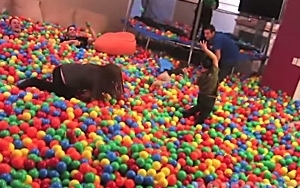 A 30-second TV spot during the Super Bowl will cost brands about $4.5 million. While many people watch the big game, the ads alone are not as effective as many think. They are entertaining, but do they sell products and services? Although 90% of people are not likely to purchase something they saw during the Super Bowl, some companies hope that running an ad online will increase the chances.

Genesis Media, an online video technology company, surveyed 10,000 consumers to explore whether the multimillion-dollar price tag for an advertisement during the Super Bowl is worth it. Viewers are entertained, but not enough to open their wallet. About 75% of survey respondents don’t remember many Super Bowl ads from last year.

Why? People multitask, which is one reason for an ad's ineffectiveness. Viewers lose interest. They talk to friends, take potty breaks or go to the kitchen for a snack. Google hopes to change that by streaming a live halftime show on YouTube. They may be on to something, per the Genesis survey. About one in three people are likely to browse the Web on their smartphone or tablet during the game.

YouTube will show us how people watch TV these days. It's not just one screen -- it's two screens. The YouTube halftime show will probably be more stunt-oriented, filled with YouTube celebrities and creative ads.

It's all about branded content. "I think it's a brilliant idea, because you don't even need to change the channel," said Jim Scott Polsinelli, creative director at DDC, which executes and manages advocacy programs that shape public opinion. "You can leave Katy Perry on. What do they have to lose? They're targeting the millennial generation with YouTube stars in a live-stream halftime show."

Polsinelli called several of the Super Bowl television spots, such as Mercedes, "high entertainment value," which is another way for brands to get extra mileage from their TV commercials. Nissan's Crazy Plastic Ball Prank, produced in collaboration with YouTube creator Rowan Atwood, with seemed more like a teaser spot, a lead in to a commercial that will run during the big game Sunday.

Nissan can afford to run a two-minute teaser with the balls on YouTube, but there's no way they will do that in a spot on the Super Bowl. It probably cost Nissan about $200,000 to produce, Polsinelli said.

Feeling less interrupted when watching ads at their leisure, 35% of Genesis survey respondents prefer online ads to TV commercials, and 32% of said they are more likely to watch an online advertisement if it’s relevant to them. There are major opportunities for digital, but brands need to keep improving the experience in a way that drives recall better than the Super Bowl, while also embracing the idea that ads are part of the experience, per Genesis.