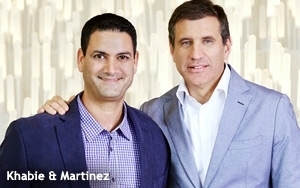 After a week of not commenting on the development, WPP’s J. Walter Thompson confirmed Thursday that it is launching a new digital agency network called Mirum that will unite 11 digital shops spanning 17 countries and 40 offices.

Digitaria co-founder and CEO Dan Khabie has been appointed Global and North America CEO of the new agency — reporting to JWT Global CEO Gustavo Martinez -- while Stefano Zunino, head of digital worldwide for J. Walter Thompson, will take on the added role of chairman of Mirum.

“The launch of Mirum is an integral part of our strategy to continue building on J. Walter Thompson Company’s many assets and capabilities in order to drive business transformation,” stated Martinez. “Mirum is poised to deliver both the technology and creative solutions that global brands demand.”

Added Khabie: “Over the last year we have worked hard as a leadership team to integrate all of these agencies together under one common vision and operational structure while keeping the entrepreneurial spirit in each region. We have become a borderless agency with a collaborative, passionate culture, and it has already led us to win global clients that will be announced on a later date.”

Separately, Doug Hecht, president and COO and co-founder of Digitaria, will be leaving the agency -- possibly for a new role at JWT, but not at Mirum. JWT purchased Digitaria in 2010 and Hecht confirmed that his current contract covering his roles at Digitaria runs through 2015. “Technically I haven’t left,” said Hecht. But while he still holds the president and COO roles, Hecht confirmed he is “not active” at the agency. “Everything is in limbo and we’re working through that,” he said.

Among the factors Hecht is weighing is whether to pursue another entrepreneurial project or take on a corporate role at JWT, assuming there is one for him. He also said he’d prefer to stay on the West Coast.

Khabie plans to name a chief creative officer, chief strategy officer and global head of data & analytics over the next six months.