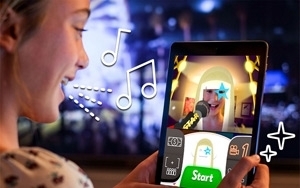 All arrows point to a YouTube for kids. Google and Mattel will make an announcement next week, one day prior to the 2015 Toy Fair held in New York. The invitation invites the recipient to view what's possible with an exclusive announcement and product debut. The invite follows an announcement from Launchpad Toys, a children's app developer, that Google acquired the company.

Launchpad Toys, which announced the deal on its Web site, builds digital toys and tools like Toontastic and TeleStory that encourage kids to create and share stories through video and' their imagination. The small team of developers and artists based in San Francisco, Calif., however, build products for use with the Apple iPad, not Android software.

The company calls mobile "the future of playful learning," and encourages storytelling by getting up off the couch and creating TV with TeleStory, an app Creative Suite for Kids that enables children to film and broadcast their own TV shows using digital costumes and real-time augmented reality settings and effects.

The deal could easily create a YouTube for kids. Telestory launched with its own online community called ToonTube. Children can upload their videos to share with friends and family. One clue is Launchpad Toys is asking parents to remove video content by March 4, when the company shutters the site.

"It's time to retire ToonTube, our global storytelling network for kids," reads a notice on the Web site. "After four years, over 14 million stories created, and 500+ years of playtime, our little toy company is pairing up with a great big team of tinkerers to empower GAJILLIONS of playful storytellers around the world. Launchpad Toys is joining Google!"