Got A Quarter-Life Crisis? Origins Cooks Up Campaign That's 100% Millennial 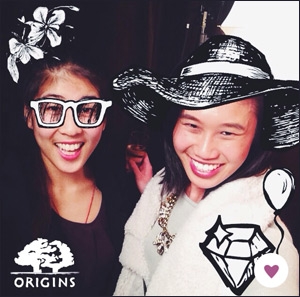 When Origins, the natural skin care line, decided to pursue Gen Y women, it knew it had to get outside of its 35-and-older comfort zone. To start, the Estee Lauder-owned brand let Millennials invent the product, called Original Skin Renewal Serum with willowherb. Then it let them design the campaign, and — as befits the Net Generation — made the entire effort digital-only, relying heavily on Instagram and YouTube stars to get the word out.

The idea started in focus groups in New York and Shanghai, says Yann Marois, executive director of Origins Global Marketing, who found the process nerve-wracking. “We spent more money on consumer research than we ever had to try this co-creation with Millennial consumers, and we went into them without anything — no concepts, no campaigns.”

He says that what bubbled up over and over was the skincare twist on this idea of #quarterlifecrisis. The hashtag was popping up in social media feeds all over, with lines like “I’m at that age when half my friends are engaged and having babies and half are too drunk to find their phone.”

What they complained about, he says, is that while they were past needing anti-acne products and still too young for anti-aging creams, their skin was dulling. “They said things like 'My skin doesn’t bounce back the way it used to.'”

That led to the formulation of its Skin Renewal Serum. And to introduce the product, the team scoured Instagram to better understand the imagery that motivated Millennials, and came across Bee Stanton, a young Canadian illustrator they felt had the perfect touch. “We knew that illustration was really popular, and so we just had her do some doodles, and when we took them into focus groups, it was bizarre,” says Mark Ferdman, VP for Origins global ecommerce and digital marketing. “Consumers were saying, ‘I could have written this.’”

But even with a product and campaign it felt was right for this audience, they needed to find a younger approach to media placement. (The brand moved away from print last year, and uses digital advertising, including banners and retargeting, to reach it usual audience, about 75% of them older than 35.)

So the company is working with key influencers, including YouTube stars Jen Chae and Tanya Burr. While many brands have worked with beauty vloggers, he says this effort takes it even further. “Jen Chae, whose vlog is “From Head to Toe,” is creating a product review for us, and we will use that with pre-roll,” he says. While the serum has been available in Sephora since January, digital ads will begin to hit in earnest next month, as the product moves into full distribution in the U.S. and the U.K., and gradually into global markets.

Plans also include a native campaign with BuzzFeed, a campaign with 40 additional influencers, and paid efforts within Facebook to promote sampling, the app and contests. The campaign also includes an app, where consumers can use Stanton’s stickers to decorate their selfies and upload them onto their newsfeeds.

The campaign is already generating some pushback from consumers who object to its negative spin (“Low self-esteem, that's where we want to be! Estée Lauder targeting your #QuarterLifeCrisis,” tweets one. Adds another: “Don't let people trying to flog stuff make you feel bad!”)

But Marois says #QuarterLifeCrisis isn’t negative, but fun. “It’s actually kind of code for a big moment in their lives, like ‘My first pair of expensive shoes’ or ‘My first day on a big new job.’ They enjoyed talking about them as crises, but there’s a little sarcasm there, like when they talk about #firstworldproblems,” he says. “This is a transitional time in their lives, and they’re enjoying looking at their options.”