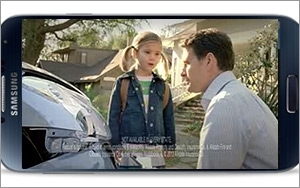 Many mobile devices and some browsers do not support Flash. The move gives advertisers better access to the portion of Google Display Network inventory that only recognizes HTML5.

Consumers spend more than half of their time on mobile devices. While this presents an opportunity for marketers to reach their customers throughout the day, it also provides challenges.

Eligible Flash campaigns -- both existing and new -- will automatically convert to HTML5 when uploaded through AdWords, AdWords Editor, and many third-party tools, per Google. This is one of several mobile ad formats and tools the company announced in September.

Fifty-six percent of U.S. online adults with a mobile phone use a search engine like Google on their mobile phones at least once a week, while 57% use apps. The majority of mobile traffic and shopping still comes from the Web, not from apps, per Forrester Research Analyst Thomas Husson. In a research report titled 2015 Mobile App Marketing Trends, Husson points to Flurry data suggesting time spent on mobile devices grew in the U.S. by 9.3% -- from 2 hours and 42 minutes to 2 hours and 57 minutes, in the past nine months. The report was published in January 2015.

"The writing has been on the wall for Flash since Apple refused to support it on its iOS devices some years ago," said Mark Ballard, director of research at Merkle RKG. "Now that mobile is generating nearly half of all ad traffic, and iOS the bulk of that, Google has to ensure that the ads it can serve will work across device types. Sophisticated advertisers have been handling the issue themselves, but Google doing this automatically should bring additional advertisers and competition into the mobile fold."

Kevin Lee, founder of DidIt, believes this is a critical step for Google, because Apple iOS devices cannot render Flash, including ads and video. This means Google cannot serve and display any advertiser's advertisement built in Flash.

"If Google has to eliminate ads for iOS devices based on them being Flash, they would have less advertisers to choose from when serving ads on a specific pages," Lee said. "It makes Google and the publisher less money, lower yield. By converting Flash to HTML5, Google assures themselves of maximized yield."

eMarketer estimates that in 2014, U.S. adults spent 23% more time with mobile on an average day than in the prior year. In 2013, mobile time -- excluding voice calls -- came in at about 2 hours 19 minutes each -- a similar number to time spent online on desktops and laptops. In 2014, mobile pulled ahead to 2 hours 51 minutes, vs. 2 hours 12 minutes spent online on PCs.

Narrow that down to U.S. millennial moms to find this demographic spends 35% more time online on smartphones, compared with online on laptop or desktop PCs, per an Interactive Advertising Bureau, and BabyCenter study released earlier this month.

Stacy DeBroff, CEO and founder of Influence Central, agrees that the feature eliminates annoying online and mobile video ads relying on Flash to load, as opposed to HTML5.

Some search experts might say they expected the change. It began in video. YouTube announced in January it would defaults to the HTML5 video. Until then, the site had supported Flash plug-in technology. The industry began extending HTML5 extend beyond Web browsers, and it's now used in smart TVs and other streaming devices.