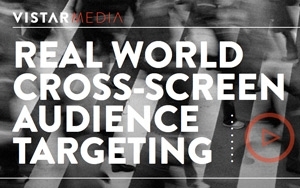 Vistar Media, which operates a cross-channel system for advertising via mobile and out-of-home, announced a partnership with Instantly to measure the effectiveness of out-of-home campaigns via Instantly’s mobile panel.

The new measurement method will track consumer engagement with out-of-home ads and correlate these interactions with foot traffic to retail establishments.

The approach relies on gathering data about consumers’ location, as well as the duration of their exposure to ad messages, the notice rate, and store visitation after exposure. Instantly’s service also allows advertisers to geofence out-of-home ads and automatically trigger surveys to mobile panelists when they are in the vicinity.

In December, Vistar said it was working with Posterscope the application of location-based mobile data to optimize both traditional and digital OOH planning and buying. They also launched a real-time trading platform for digital billboards, with trading commitments from Outfront Media and Lamar Advertising. The platform gives Posterscope and its clients the ability to reach more than 2,800 billboards from the two charter suppliers, with others likely to join.

Also this week, Outfront Media announced that it has hired James Price to serve in the new role of senior vice president for data insights and programmatic product. Price previously served as vice president of digital solutions at DexMedia, serving the local business market.