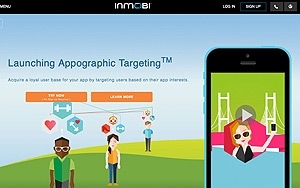 When it comes to advertising technology, you can’t get much trendier than combining programmatic, mobile and native advertising platforms. That’s what Rubicon Project and InMobi are doing with the launch of their new Mobile Native Ad Server, which will enable publishers to sell native ads for mobile campaigns directly, alongside indirect buys, through a programmatic interface.

The Mobile Native Ad Server is positioned as a “supply side” platform, giving publishers and app developers more control over the sale and placement of native ads in apps, including premium and in-house native ad campaigns.

The new service comes on the heels of the IAB’s release in February of its OpenRTB 2.3 specification for native ads, which aims to facilitate programmatic delivery of native ads in mobile apps.

Rubicon Project mobile head Joe Prusz stated that the new server and specification are “marrying the efficiency and targeting of automation with the engagement and performance of native formats,” which should encourage advertisers to scale up their mobile native ad campaigns.

InMobi and Rubicon originally launched the InMobi Exchange for programmatic buying and selling of mobile native ads in apps back in May 2014. However, Rubicon’s moves to enable more direct buying is a relatively recent development.