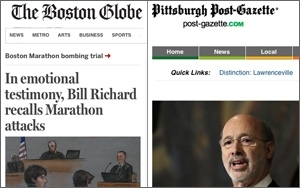 Newspapers continue to make big strides online, with the combined digital audience for U.S. newspapers reaching a record 173 million in January 2015, according to comScore data cited by the Newspaper Association of America. That figure is the highest ever, up 19% from 146 million in January 2014, and 4.8% from 165 million in December 2014.

The comScore data revealed a big increase in the proportion of Americans who consume digital newspaper content exclusively on mobile devices, like smartphones and tablets, rather than desktops and laptops. The number of mobile-only consumers jumped 73% from 39.3 million adult unique visitors in January 2014 to over 68 million in January 2015, representing a proportional increase from 27% to 39% of the total newspaper digital audience.

Within the mobile-only group, the fastest growth in proportional terms came among young women ages 18-24, as this subset soared 155% from 3.2 million to 8.2 million over this period. Not far behind were men ages 34-44, with the number of mobile users in this demo up 122%.

Despite this rapid growth, digital advertising revenues remain a fairly small part of the newspaper business. In 2013, the most recent year for which data is available, total digital ad revenues came to $3.42 billion, or around 14.5% of total ad revenues of $23.6 billion. Conversely, digital subscriptions helped power a 3.7% gain in circulation revenues, to $10.9 billion in 2013.