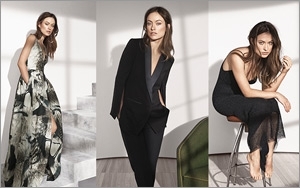 H&M is rolling out its latest Conscious Exclusive collection, with actress Olivia Wilde starring in a campaign that shows just how sultry sustainability can be. But even as the Swedish fast-fashion giant flexes its green design credibility, it’s coming under fire for exploiting workers in other countries.

The buzz around H&M — both positive and otherwise — is all part of a growing consumer awareness of the complexity of what makes a brand “good.” No longer limited to simple ingredient questions (such as whether a garment is made from 100% organic cotton) “sustainable fashion has come to mean having as light an impact as possible, both on the planet and on people,” says Nicole Rycroft, founder and executive director of Canopy, a non-profit based in Vancouver, which works to protect forests.

Its “Fashion Loved by Forest” initiative hopes to eliminate endangered forest fiber from textiles, and includes work with such brands as Eileen Fisher, Levi Strauss, Lululemon, Stella McCartney, and Inditex, which operates Zara, as well as H&M. “There’s a real groundswell of consumer interest, and we are starting to see more fluidity, with people moving from awareness to behavioral change, and the way shoppers spend their dollars.” The group estimates that consumer demand for ethical fashion is growing at close to 30% a year.

This time around, H&M’s Conscious line -- made from hemp, organic linen, organic leather and other sustainable fabrics -- focuses on global influences and the dress: There’s a sleeveless linen and silk gown covered with hand-drawn Japanese-inspired images of birds, for example, while a little black dress is made from recycled wool and Tencel, then dressed up with an African-inspired smattering of recycled sequins. The collection is scheduled to go on sale online and in 200 of its more than 3,400 stores around the world by mid-April.

But even as a brand like H&M earns consumer brownie points for being green, it can get black marks for other issues. Just last week, H&M (widely regarded as a pioneer in corporate transparency) -- along with such brands as the Gap, Adidas and Marks & Spencer -- came under fire from Human Rights Watch (HRW), a nonprofit group that tracks labor conditions. Its report says the brands work with factories in Cambodia that use underage workers, and force workers to put in overtime.

H&M issued a statement reiterating its commitment to transparency, and its desire to improve workers’ conditions. “H&M is one of the leading fashion retailers globally when it comes to sustainability, and we welcome monitoring of our sustainability work,” the retailer says -- adding that while its dialogue with HRW is ongoing, “we have asked for information about the factories mentioned in the report to be able to follow-up, but Human Rights Watch has not been willing to share that information.”

The Swedish fast-fashion retailer also reported its most recent financial results, with sales jumping 15% in the first quarter.