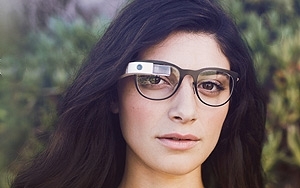 Astro Teller, Google X scientist and Moonshots captain, told the audience at South By Southwest (SXSW) Tuesday that each day the team looks for the next negative example they can learn from regarding one of the projects. Running experiments that gather as many negative examples as possible has made it possible to spin out more than 10 projects in the past five years. He said Google X has made engineering mistakes, product mistakes, and cultural mistakes -- but all these lead to learning and discovery.

Failing doesn't mean being unsuccessful. Teller doesn't think mistake-free learning exists, but wishes he could make mistakes faster. "You can't afford to ignore the failures," he said in response to a question at the end of his presentation. "I promise you. Failures are cheap if you do them first. Failures are only expensive if you do them at the end."

Making mistakes faster has been engrained in Google executives for years. Google analytics guru Avinash Kaushik told MediaPost in 2009, the greatest gift marketers can get from the Internet is the ability to fail fast. The price of failing slow is high, he said. The need to fail fast comes from the top, Google co-founder Larry Page.

At SXSW, Teller said harnessing failures makes success possible. He learned at BodyMedia -- which came early in his career -- the importance of getting user feedback in the development process.

As for Google X, perhaps the highest-profile project, Glass -- the wearable headset that provides a version of augmented reality -- became one of the division's greatest successes from failures, although the company rebooted the project under Nest founder and CEO Tony Fadell.

In the beginning, Google launched an explorer program to get feedback from early adopters. Teller believes that when marketing that program, Google made a mistake -- it was not positioned well. "The thing that we did not do well, that was closer to a failure, was that we allowed and sometimes even encouraged too much attention for the program," he said.

Teller also spoke about an intentional failure with Project Loon. The team designed balloons made of latex, which ensured that the cold in the high atmosphere would make them explode. This meant they wouldn't drift into countries where Google had not yet secured permission to fly them.

There are other planned project failures. Teller has more fun with failures, than successes, and craves the experiments to better the projects. He loves the moments when things don't go correctly, because people don't learn as much when they do things correctly all the time.