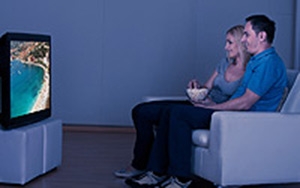 First-quarter U.S. domestic national TV advertising still appears to be “disappointing,” according to one analysis.

MoffettNathanson Research now expects that national TV advertising will decline 8.6% in the first quarter to $9.16 billion -- a slightly better forecast than its earlier 8.9% estimate, but “still a disappointing number,” say the authors.

Fox is expected to decline 34% to $697 million, but taking out its Super Bowl results of a year ago will lower the network’s first-quarter “core” advertising national take by 7%.

NBC will be down significantly, due to the absence of nearly $850 million in Olympics advertising money from a year ago, giving it a total of $1.823 billion.

This year, MoffettNathanson expects NBC to bring in $1.277 billion -- which, for its “core” advertising revenue, will mean nearly a 30% bump for its network and TV stations. Much of this gain will be attributed to the Super Bowl.

The best individual cable network group will be Disney’s networks, in particular, thanks to ESPN and the College Football playoff series in January. MoffettNathanson expects Disney to be 18.2% higher to $1.02 billion; AMC Networks, which saw big gains from “The Walking Dead,” will add 18% to $245 million.