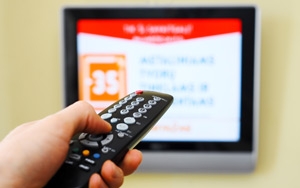 Boston-based Innerscope Research used biometric monitoring, eye-tracking and traditional survey methods to measure the nonconscious and conscious reactions of 390 consumers ages 18 to 34. Participants were exposed to the same video advertisements across Facebook, TV and digital pre-roll on PC, tablet and smartphone.

Innerscope says the study was a “client commissioned” survey; it did not disclose the client. Biometric data is captured with technology to record fluctuations in heart rate, skin conductance and breathing patterns.

In addition, the survey says consumers have “higher visual attention” with final branding moments and brand logos on TV advertising -- which Innerscope says probably is a result of larger screen sizes -- than those viewed online as pre-roll for any device.

In keeping with results from biometric and eye tracking data, 47% of consumers said they immediately skip or ignore a video ad on Facebook before watching it.