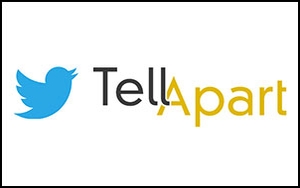 Twitter this week announced it has acquired TellApart, an ad tech firm specializing in cross-device ad retargeting. According to a Form 8-K filed to the U.S. Securities and Exchange Commission, the price of the deal will be $532.6 million.

Twitter will issue approximately 12.6 million shares of its common stock to certain security holders of TellApart, the 8-K reads, at a price of $42.27 -- Twitter’s closing price on April 28, 2015, the day the acquisition was announced.

The final price may change, as the “final number of shares … to be issued … will be determined based upon the closing trading prices of [Twitter’s] common stock over a period of time prior to the closing of the acquisition," the 8-K says.

Barring a dramatic drop in Twitter stock price, however, the price point of the Twitter-TellApart deal dwarfs the $350 million Twitter dished to acquire mobile ad exchange MoPub in 2013, and is up there with some of the largest ad tech-related acquisitions the industry has seen to date, landing somewhere between Yahoo’s BrightRoll buy ($640 million) and AOL’s purchase of Adap.tv for $405 million.

“By bringing Twitter and TellApart together, we’ll be able to help performance advertisers reach users wherever they are, whether on desktop or mobile,” wrote Twitter in a blog post earlier this week, when announcing the acquisition. “Direct response advertising has been a major growth engine for our ads business over the last several quarters. We’re confident that TellApart will accelerate that trajectory further.”

The deal is significant in that it represents Twitter’s continued pushed to build a formidable ad tech platform. Between TellApart, MoPub and TapCommerce (another retargeting firm), Twitter has spend nearly $1 billion on its “tech stack.” The company has made other acquisitions as well.

But the TellApart acquisition is more than simple expansion -- it diversifies Twitter’s portfolio, as well. As previously noted, TellApart specializes in cross-device ad targeting. Mobile has been Twitter’s baby -- and its MoPub acquisition only strengthened the microblogging site’s ties to mobile devices. The TellApart deal gets Twitter more involved in the desktop world as well. TellApart also has technology support native ad targeting, mobile retargeting, dynamic promotions and more, all of which are right up Twitter’s alley as well.

The acquisition also brings Twitter up to speed with some of the other large companies in the space; building out an ad tech stack capable of reaching the same audience across screens and devices is currently the name of the game. AOL's recently launched "One" platform, for example, orbits around the promise of cross-screen programmatic advertising.