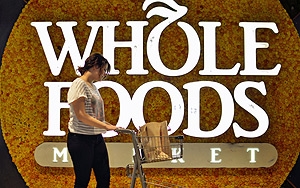 Whole Foods Market wants to be first on Gen Y’s shopping list. On the heels of record sales, the food retailer says it is expanding its national advertising efforts, and that it intends to launch a new concept next year with stores specifically designed to whet Millennials' appetites. It expects the still-unnamed launch to expand both its geographic and customer base.

“We are excited to announce the launch of a new, uniquely branded store concept unlike anything that currently exists in the marketplace,” says Walter Robb, co-chief executive officer of Whole Foods Market, in its announcement. “Offering our industry-leading standards at value prices, this new format will feature a modern, streamlined design, innovative technology and a curated selection. It will deliver a convenient, transparent, and values-oriented experience geared toward Millennial shoppers, while appealing to anyone looking for high-quality fresh food at great prices.”

While it hasn’t revealed a name for the new brand yet, analyst Charles Grom, who covers the retailer for Sterne Agee, writes that 365, Dailyshop, Clever Egg, Small Batch, Swiftgoods and Greenlife are reportedly in the running.

The Austin, Texas-based retailer says its second-quarter sales climbed 10% $3.6 billion -- a record, rising 3.6% on a comparable-store basis. But those were disappointing to observers. Grom, for example, had estimated an increase of 5.2%. He writes that Whole Foods attributes the smaller-than-expected gains to “more intense competition, higher cannibalization rates in Chicago and Florida, and poor weather, particularly in the North Atlantic. The most recent trends still imply decelerating sales quarter-over-quarter." But he is still upbeat about potential sales gains ahead. “We don't view the slowdown as deal breaker given the volatility in the organic space in recent quarters.”

He also writes that Whole Foods intends to roll out the second phase of its national brand campaign, “with a more digitally focused strategy, which will be better linked to the Affinity and Instacart programs,” and that a third wave is planned for the fall.