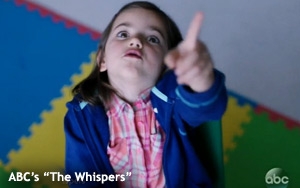 Can social media predict which TV shows might be cancelled?

Networked Insights, an analytics, audience-centric company that focuses on brands, says shows that ended up being "cancelled" had a low 'love' index --- meaning not much in the way of social media conversations where there were high volumes of sentiments/words like "love," "like," "hope" and other emotions.

Research said these eventually cancelled TV shows (or ones that will be) had a low 'love factor,' the "conversation index for emotional attributes," a 50 index. On the flip side, shows that weren’t cancelled had a high 'love' factor index of nearly 120.

Social media conversations that had a high level of 'disapproval' -- shows that were eventually cancelled -- had a 60 index. Those shows that survived had a 40 index. Words contributing to the 'disapproval' factor in social media included "hatred" emotions and sentiment -- and low number of more positive feelings.

Gleaning data from last year’s historical data, Networked Insights says shows likely to get cancelled or to be discontinued this fall season include:

Networked Insights analyzed data from April 2014 to December 2014 for all the social media conversations -- more than 1.5 million social posts -- of the TV shows coming out of last year’s upfront presentations.