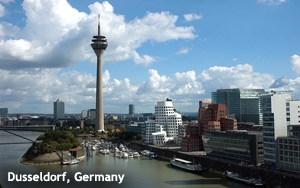 Mirum, the JWT digital agency network established earlier this year, is adding another shop to its global roster via the purchase of a controlling stake in Dusseldorf, Germany-based RSK Group.

Billed as a full-service digital marketing agency, RSK will rebrand as Mirum and will continue to be led by its founder and CEO Christoph Eber.

According to JWT parent WPP, Germany is the holding company’s fourth-largest market after the US, UK and Greater China. Collectively, WPP companies in Germany generate revenues of $1.4 billion and employ around 7,000 people.

In January, when JWT confirmed it was creating Mirum, it said the network would unite 11 digital shops spanning 17 countries and 40 offices. Agencies consolidated under Mirum include Digitaria, i-Cherry, Lunchbox, XM, Quirk and others.