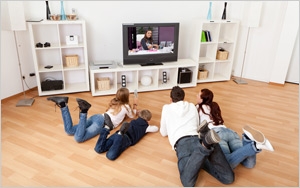 But these programs -- as well as lower ratings of older series -- could lead to syndication revenue problems for TV-media companies in the future.

Apart from Fox’s “Empire” in this most recent broadcast season, all networks continue to give freshman shows with lower viewer rates a second season, according to MoffettNathanson Research.

NBC will give renewals to new 2014-2015 TV shows for the upcoming season averaging 1.14 million 18-49 viewers in the Nielsen C3 metric, the average commercial ratings plus three days of time-shifting -- down from just over 2.9 million the previous year.

CBS will give second seasons to TV shows averaging 2.39 million, down from just over 3 million the year before. ABC was down to 2.35 million from 2.5 million.

Overall, ratings for new and returning TV series, are cause for concern. MoffettNathanson says “the ratings level of many of these shows that have yet to be sold in syndication are down significantly, which will likely lead to less potential upside in future sales.”