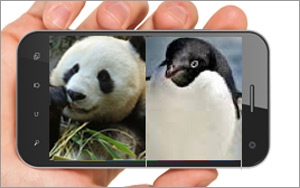 Some 46% of the non-mobile-friendly URLs that held the top 10 spots on April 17, 2015 dropped in search engine query rankings, while fewer than 20% gained. As suggested by Google, brands that followed the engine's advice rose in ranking.

Stone Temple Consulting has released a study examining more than 15,000 search queries to determine the initial extent of the changes. The consulting firm took URLs ranking in the top 10 to test the queries, tracking in detail those that changed position from a specific date in April, which was prior to the algorithm change, to May, after the change.

"This method of testing the results of the April 21 mobile algo release appears to provide a conflicting view to our other slice at the data," Enge wrote in a post. "The net shift here is only a 1.3% increase of Mobile Friendly URLs in the top 10 results. This view suggests that Mobilegeddon didn’t come close to the impact of Panda or Penguin."

Enge believes this is just the beginning of Google's plan to change mobile search. "It's typical for Google to test some things and see how they work," he wrote. "Once they … confidence on how the algo works on the entire Web as a data set, they can turn up the volume and make the impact significantly higher."

Join marketers from Ticketmaster, Wyndham Hotels, Acronym, and Pure Oxygen at the MediaPost Search Insider Summit June 11, 2015, at the Kiawah Island Golf Resort, SC, (or stop by mediapost.com to watch the video stream) to hear more on the art of mobile ranking.