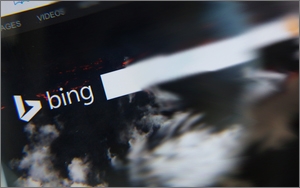 Search engines need hyper-fast processing speeds to serve ads and return queries in a fraction of a second, especially for many of the services coming down the pike in the next few years. So when Intel said it would acquire programmable chip designer Altera for $16.7 billion, it turned a few heads, including Doug Burger's. Powering Bing, the director of client and cloud applications at Microsoft ran tests early last year using Altera's low-power programmable chips, pairing them with traditional microprocessors from Intel.

Burger told Wired he sees a "very real future for the unexpectedly effective chips offered by Altera," and points out that Microsoft publicly said "Altera's chips can boost the speed of Bing in a big way."

It's the basis for Catapult, a "super-search machine network," using field programmable gate arrays. Microsoft conducted the project last summer, testing a network of about 1,600 servers that pair Intel CPUs with Altera FPGAs.

Burger said Altera chips could process some Bing algorithms about 40 times faster than traditional CPUs, providing a boost that could make Microsoft’s search engine twice as fast overall, according to Wired.

Search marketers should pay attention to tests like these with Altera's chips because the outcome could change their future, for better or worse. In this case, the chips are suited for deep learning systems, voice search, image matching, smart cars, and other features the ad industry will soon see.

Still, major challenges in improving the ability to scale software and advertising services remain. It takes power, and chips and technology are not excelling at the same rate as they once did. Companies like Google and Microsoft are looking for alternatives.

IBM also is exploring the use of Altera Chips. In November, the two companies announced working toward "developing highly flexible heterogeneous compute solutions that bring new levels of performance and efficiency to POWER8 systems." In regular speak that simply means improving processing speeds.