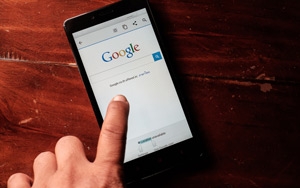 Small and medium-sized businesses (SMBs) will spend money on digital advertising this year, but not in the traditional areas that some expect. About 72% of small and medium-sized businesses (SMBs) said they have -- or will buy -- some form of digital services, with a large portion going toward Web hosting and maintenance, as well as a basic technical task like search engine optimization to help consumers discover their Web site, according to a report released Wednesday.

When Borrell Associates surveyed more than 7,228 businesses to determine how the SMBs spent budgets during the first half of 2015, about 29% pointed to Web site design and maintenance, 38% for Web hosting and support, and 29% for search engine optimization. Site traffic and visitor analysis took 17%; and paid search, 15%.

Overall, the big money isn't going toward and specific media, but rather to making their Web sites compatible with tablets and smartphones. This task on average garnered 22.7% of mobile marketing budgets. The investment is likely a reflection of Google's push to change its mobile ranking algorithm. On average, 16% of the SMB's mobile ad budget will go to search this year.

Google continues to lose favor to Facebook for SMB. In the first half of the year, only one-fifth of businesses bought some sort of Google advertising product, with 83% gravitating toward the paid-search service AdWords in the past year.

Some 48% bought said they spent their budget on Google Display Ads in the past year; 27%, Google+ pages; 22% spent part of their budget on remarketing; 20%, YouTube ads; 20%, Google Display Network; 13%, click to call; 12%, contextual targeting; 8%, mobile and sitelinks; 8% focused on campaigns above the fold; and 10% on remaining Google offerings.

In Myrtle Beach, local advertisers will spend an estimated $188 million on advertising this year -- including $59 million, or 31%, on classic forms of online advertising such as banners, paid search, video commercials, and email advertising. They will spend $75.5 million on SEO, and five times more on digital services than they do on all forms of advertising, nearly $1 billion. Companies in the local area spend about 57% of their budget on Web hosting, design and maintenance, as well as $2.2 million on site visitor analytics.