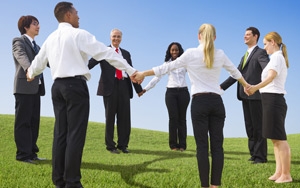 A coalition of industry leaders have put aside their differences, joining forces to create the Open Container Project (OCP), chartered to establish common standards for better interoperability. As part of this initiative announced Monday, Docker will donate the code for its software container format and its runtime, as well as the associated specifications. The coalition will house the project under
the Linux Foundation.

The long list of project participants reads like a who's who for the tech industry, from investors like Goldman Sachs to search engine Google.  Among the others are Amazon Web Services, Apcera, Cisco, CoreOS, Docker, EMC, Fujitsu Limited, HP, Huawei, IBM, Intel, Joyent, Linux Foundation, Mesosphere, Microsoft, Pivotal, Rancher Labs, Red Hat, and VMware. The crew will create standards around digital container format and runtime for the project.

The idea is that developers can package their applications in a container and feel confident it will run in any runtime, similar to the way TagMan, which acquired by Ensighten in 2014, built a container for ad targeting. Or the concept of Web services spearheaded by Microsoft. The Web services hold a set of software functions built into one model that companies can plug into a variety of platforms running on the Web. It would carry out the same function in one software as it did in another.

San Francisco startup Docker has popularized container technology during the past year, but there are no standards. The company cites eBay, and Yelp as two among many using their service.