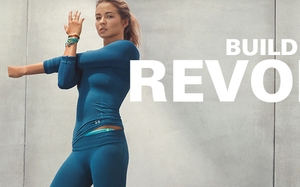 Under Armour has quietly acquired Austin-based Gritness, a search engine that helps people find and join workouts, Search Marketing Daily has learned. The acquisition furthers the company's move to become the leading fitness apparel manufacturer by building an open technology platform and developer network through a software development kit and an application program interface.

Gritness becomes the fourth acquisition in about two years. Under Armour has spent $710 million to scoop up MyFitnessPal, MapMyFitness and Endomondo, and now controls the world's largest digital health and fitness community. The company tracks about 5,000 app downloads per hour across all its apps, growing from 25 million unique visitors 1.5 years ago, up to 200 million by December 2015, according to Warren Kay, VP of advertising at Under Armour Connected Fitness, who declined to comment on the acquisition.

The acquisitions create a pure data play, where bits of information get collected, processed, and pushed back to users through helpful tips. The company announced during its April 2015 earning call that it would expand a partnership with German software maker SAP AG to build one integrated view of consumer activities and purchases from online, in apps, and in store.

While the ambitious two-year data integration project backed by 200 employees and $80 million seems feasible, it also relies on an open developer strategy, connectivity to more than 400 hardware devices running Apple's iOS and Google's Android operating system such as Apple Watch and a connected weight scale, and a series of Under Armour-branded wearable devices and tech-infused clothing.

The company's future will play off the evolution of search through real-time connected devices. The next phase of search engine marketing and advertising will not rely on keywords, but will become predictive based on personal experiences and movements. Knowing how fitness trackers work to monitor sleep and movement makes it easier to better understand the ways that wearable devices will change search engine marketing and advertising.

"It comes down to predictive capabilities, almost assumed, when we know about someone's health and fitness," Kay said. "You perform a search, but because of the information we know about you, it becomes a more personal experience through your actions while wearing the device."

Later this year, Under Armour will take a second step to distribute its own hardware device. Under a code name and scheduled for release in 2015, the device will come in a range of colors and track a variety of activities on a small screen, from walking to cycling to gym sessions. It will provides a "more robust" experience than its predecessor The Grip, manufactured by HTC, which also comes in a range colors and tracks a variety of activities.

The long-term strategy will find Under Armour integrating conductive materials into its workout clothing, similar to Google's partnership with Levi's on Project Jacquard, where the two will create conductive textile material that can be woven into any fabric.

Today's advertising play will seem a bit primitive on the apps, compared with the possibilities, when looking back years from now because of the company's forward thinking team. Users go to the dashboard to look at their progress, and advertisements sync with the ad units. Not all Under Armour platforms run advertisements. Kay said consumers who sync their data from a hardware device to a PC or smartphone might see ads in the application's dashboard. If the app doesn't serve up on a hardware device, consumers will not see an advertisement. In some instances, such as Apple Watch, Under Armour built ad units for apps that are running on hardware.