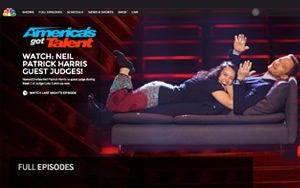 NBCUniversal’s total TV upfront revenue -- for its broadcast, cable and digital platforms -- was up 2% to $6 billion.

“The market responded favorably to the innovative ways we are reaching and targeting our audiences,” NBC said in a statement.

NBC posted 5% price hikes when it came to the cost per thousand viewers (CPMs), according to media sources -- in line with industry expectations.

But the NBC network -- specifically in prime time -- witnessed volume results were down slightly from a year ago, according to media buying executives, when it was around $2.2 billion. Media estimates were broadcast networks in prime time could see a big 10% pullback in upfront volume from the $9.2 billion a year ago.

NBC did not disclosed the specific percentages regarding how much commercial inventory was sold. Typical prime-time upfront sales levels for networks are around 73% to 77%.

Though NBC prime-time volume is expected to decline, adding other key dayparts -- late night and sports, specifically the big NFL franchise -- NBC posted a small rise versus a year ago, up 1% versus the same prime time, late night and sports total. In particular, late night has been a strong area recently for the broadcast networks.

ABC is the now the last of the big broadcast networks to closed upfront deal-making.