Google Brings In The Green Any Way You Spell Alphabet 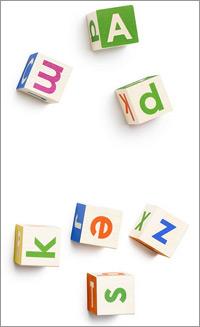 As Google moves to focus on its roots in advertising and marketing -- from search to programmatic display and video -- the majority of the revenue still comes from Google, no matter how cofounders Larry Page and Sergey Brin reorganize the company, at least for now. This is big news for investors and advertisers that want to see more innovation from its core business.

Late Monday, Google announced it would create a holding company named Alphabet as an umbrella for all its ventures. Industry reaction between agency insiders -- many of whom work with major advertising conglomerates -- and Wall Street analysts was mixed.

Mix Up The Letters And You Still Start With 'G'

"I hate the name, but it's the right move to partition off your core revenue cash cow and separate the innovation that drags down forecasts for Wall Street even though it represents your future cash cow," he said.

He compared the move to Google's decision to rip YouTube from the DoubleClick Ad Exchange, suggesting the walled garden and premium focus is the way to remove fraud and increase viewability.

"Own your inventory, increase control, and drive value," Griffin said. "Everyone hates it because it's more work, but if you were Google, why would you allow arbitrage and companies to track your users and find them elsewhere for cheaper?  I wouldn't."

Brian Valentini, VP/group director of search marketing at DigitasLBi, a Publicis Groupe company, trusts the restructuring will allow the Google division to prioritize their search, video, and display offerings to help advertisers increase their reach and conversions.

"Moving to a holding company format will hopefully give the Google division more autonomy over how they use their human resources for the benefit of their advertisers," Valentini said.

The move will allow Google to take less of a "conglomerate approach," allowing companies not related to Google's core advertising business have solid leadership under the Alphabet umbrella, which can be much more diverse than Google has been, said Ted Dhanik, CEO at engage:BDR. "Google is more of an ad-related operation, while companies like Nest and others don't really fit into that brand or leadership."

"One near-term concern is that this new structure looks likely to also lead to more resources going toward non-core initiatives (though we think this is a positive for the long term)," he wrote in a research note. "It is too early to understand the potential regulatory and legal impact, but we suspect that it could be meaningful. We also think it is interesting that Larry is acknowledging that they've been managing businesses 'independently that aren't very related.' The plan is that this new structure will allow for more focus and better incentives to drive the various core and non-core businesses."

Other analysts agree the new structure will provide better insight into how the holding company, Alphabet, and Google, generate revenue and insight into margins not just for Google's Core business -- search, display and video -- as well as insight into how investments are made into research and development and into core business and innovative initiatives.

"The new structure accelerates each innovative endeavor to operate independently of each other, and develop its own brand, business model, and customer acquisition, without being crushed under the weight of corporate Google," Chowdhry wrote.