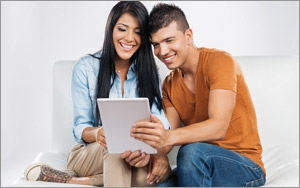 In a presentation at the Television Critics Association here on Monday, David Poltrack, chief research officer of CBS Corp. and president of CBS Vision, says 22% of millennial viewing, those between the ages 18-34, went unmeasured for the broadcast weeks July 13 and July 20.

The research comes from a new CBS service, Symphony Advanced Media, which is running beta testing on a new measurement solution.

Poltrack says: “Symphony has built a sample of 15,000 respondents for whom they are measuring all video exposure on all devices in and out of the home through an innovative smartphone technology.”

Symphony plans to introduce this new service on September 1.

Overall, Poltrack says millennials seems to be following patterns of previous generations when it comes to traditional TV viewing. For example, millennials TV viewing in 2014-2015 increased slightly more than the historical pattern, up “44% as they moved past the age of 25.”

That said, Poltrack said, when it comes to prime-time broadcast programs, “millennials are shifting their viewing toward these programs at a far faster rate than previous generations, albeit from a lower base.”

Long-term, Marc DeBevoise, EVP/GM CBS Digital Media for CBS Interactive, who presented the research with Poltrack said: “We see a future where the opportunity to grab onto that measurement and have that portion measured is significant and a great opportunity for CBS.”