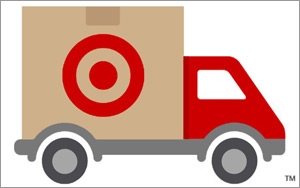 With online grocery delivery—finally—poised to catch on big in the U.S., Target is reportedly about to begin testing its own version.

Its rivals, including companies as diverse as Walmart, AmazonFresh, Instacart and just about every grocery store anywhere, are likely wondering if Target can come up with an approach that hits the bullseye. But experts are pondering a bigger question: Will any company figure out how to get fresh foods into America’s and still make money?

The Minneapolis Star-Tribune quotes Target CMO Jeff Jones, saying the trial will start “in the very near future.” And Target, in the midst of larger turnaround efforts, has been candid about its generally lousy grocery strategy, with new efforts specifically targeting Gen Y and Hispanic shoppers with everything from craft beer to fancy coffee to expanded Greek yogurt offerings.

Its online push was inevitable.

“We’ve already hit the tipping point for online grocery sales in that every retailer believes it is going to be the price of poker,” says Paul Weitzel, managing partner of Willard Bishop, a retail consulting company based in Barrington, Ill. “They realize they are going to have to offer it as a service.”

For a chain like Target, with so many of its customers living within five miles of a store, “that last mile, that home delivery piece becomes very expensive, especially if it comes out of the store rather than a distribution center. So the question becomes are they doing this to make money? Or is it a loss leader, something they just have to do to survive? But for now, at best, retailers are breaking even.”

Overall, Weitzel says online grocery sales are still tiny compared to the U.S. total, “less than 2%.” But all the pieces are in place for Americans to finally figure out what consumers around the world have known for years: Grocery shopping is a drag and online ordering makes it easier.

“Millennials are already interested, and as Baby Boomers age, they will realize this is a big convenience,” he tells Marketing Daily.

Retailers themselves are driving interest. Big chains, such as Kroger and Hy-Vee, are on the verge of scaling home delivery up. Smaller companies, such as Roche Brothers in Boston and Coborns in Minnesota, which makes unattended deliveries, have plenty of fans. And Peapod, the online grocery service owned by global giant Ahold, has done well partly because of its pioneering in the category, and because it fills its order through more efficient distribution centers, Weitzel says.

But what’s less clear is how, exactly, Americans will click for food. For now, he says digital foraging is all about stocking up, with consumers filling their baskets with the same 40 to 50 or items they buy, week in, week out. National brands are well represented. (In its recent 2015 E-Commerce SuperStudy, Willard Bishop found that the national brands performing best so far are Campbell’s, ConAgra, Kellogg’s, Kimberly-Clark, and Mondelez.) And center-store categories are strongest, while perishables stocked along the perimeter, as well as health and beauty products, are weak.

“People don’t use it for emergency trips, or fill-ins, or when they’re wondering what to have for dinner tonight,” Weitzel says.

He thinks it’s likely that Americans will gravitate toward more hybrid approaches, “so maybe I order my stock-up items online, then head to the store and shop the perimeter, then head through an express line and pick up my order.”