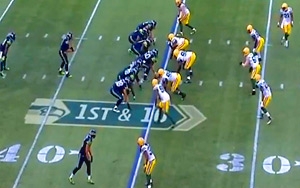 Google's tool that places ads alongside football-related search results will prove lucrative not only for the National Football League (NFL), but for brands selling complementary goods and services. It's one of several offerings from media companies used to woo advertisers. Facebook, Twitter, Snapchat and Microsoft Bing are among the others.

The ads will run before official NFL video clips that appear in a box at the top of the search results page, next to scores and news items, reports The New York Times. Similar to the advertisements that run during the Super Bowl, football-related advertising could mean everything from NFL sportswear, Coca-Cola or Pepsi to Lays potato chips, Ball Park hot dogs, or automobile brands such as Chevrolet.

In January, Google released stats that estimate about 70% of game-related searches occurred in the month surrounding the Super Bowl vs. game day in 2014.

The state of Alabama took the No. 1 spot for search interest in college football during the past seven days. Mississippi ranked No. 2, followed by Nebraska, Georgia and Tennessee. The Alabama cities ranking highest include Birmingham, Dothan, Huntsville-Decatur, and Montgomery, along with Panama City, Fla.

Aside from offering football-related search advertisements, Microsoft Bing said it would use its technology to predict fantasy football games and NFL season games, complete with updates and stats on teams each Tuesday, as well as projections on postseason chances. If it becomes the home game-related information during the NFL season, which begins mid-September, the advertising numbers for search, display and video could rise with an increase in search market share.