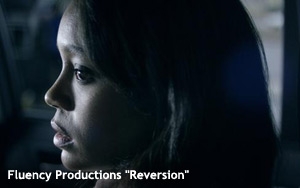 The English-language movie -- a sequel to Fluency’s earlier “ISA” -- is set to debut on October 9 in Los Angeles, New York, and Chicago, followed by a wider national release.

The movie will also air on Syfy, Telemundo, and NBC Universo, with availability via mobile, Web, and video-on-demand channels.

Samsung and Toyota products both play central parts in the film’s plot, with Samsung smartphones and tablets integrated in scenes throughout the movie and Toyota’s 2015 Camry and Highlander featuring prominently in some of its more suspenseful situations.

In addition to its product integrations, Samsung is sponsoring exclusive original video content, including digital shorts on Telemundo.com; the shorts will be targeted to audiences across NBCU’s properties by NBCU Hispanics Plus, its targeting service.

Toyota has developed custom video content featuring “Reversion” star Jeanette Samano about her role in the movie, her life as an actress and her Hispanic heritage. The Toyota content will be featured on a dedicated Fandango Cine page on Telemundo.com, as well as Fandango Cine’s Facebook page.

Toyota is also hosting the premiere in Los Angeles.

Based in Los Angeles, NBCU’s Fluency launched in 2013 with the mission of creating content for multicultural audiences with crossover appeal, capitalizing on the fact that many millennial Hispanics prefer English for some of their media consumption.