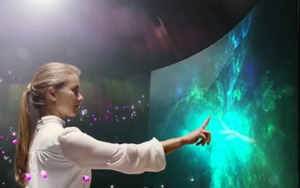 While we may not want to see how our sausage is made, televisions may be another matter.

In a partnership with Discovery Communications, LG Electronics USA is showcasing how its OLED television sets are made. In an episode of Discovery Digital Networks’ popular Test Tube series “In The Making,” show host Dr. Mike North heads to LG Display’s OLED panel factory to provide a never-before-seen look at how the screens are produced.

“With an introduction of an entirely new category of television, there is a natural curiosity to understand how it is brought to life,” an LG company representative tells Marketing Daily. “When people understand how things are created, it gives them a whole new perspective that only amplifies the overall experience.”

Although LG itself will only be featured in one episode of the series (future episodes will feature a company that makes robot building blocks and another that makes jewelry with customizable smart displays), it will have a presence elsewhere on Discovery Communications properties.

The two companies will showcase the innovations in the television category with a series of custom webisodes and features on Discovery Networks properties ScienceChannel.com and TechnoBuffalo. The Science Channel’s inSCider blog will also feature content including a list of “Ten TV Milestones” over the past decades.

“LG Electronics continues to be at the forefront when it comes to pioneering innovative technology that enhances people’s lives,” the representative says. “Through this partnership, we are able to tap into that targeted group of consumers and create content that perfectly aligns with their interests, more specifically helping them ‘discover’ a new category of television.”

The partnership also enables the company to educate consumers — both tech enthusiasts and the general public alike — about the new technology.

“With OLED TV being a revolutionary and very new category of television, many consumers, even tech-enthusiasts, are still unaware of the innovative technology that produces what experts are saying is the best picture quality ever,” the rep says. “Working with Discovery to create this content series helps us share this information with viewers who we hope will appreciate even more what LG OLED TV delivers.”