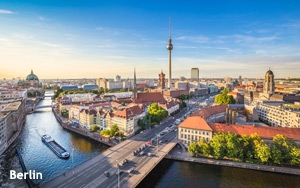 New York-based email ad server LiveIntent announced the purchase of a recommendation engine from German-based company RetentionGrid Limited. LiveIntent is using the purchase of the tech as a springboard to build an international office in Berlin.

Recommendation engines use algorithms and big data in an attempt to automate the delivery of relevant content and products through email, hopefully increasing conversions, recommendations, retention and ROI. The AVARI Recommendation Engine, will be added to LiveIntent’s technology stack. LiveIntent currently serves 110 million monthly unique users.

The company has claims the new tech will help them provide more accurate recommendations, incorporate real-time social activity into emails, and expand their retargeting capabilities.

Members of the team that built the recommendation grid will also join LiveIntent as part of the deal, and will form the nucleus of the Berlin office.

LiveIntent expanded into the UK less than a year ago; the move to Berlin is a natural next step as they seek out new markets. LiveIntent has been expanding rapidly in 2015, having raised $32.5 million in a funding round in June. The company was recently named Crain’s second-fastest-growing company in New York City for the second year in a row.