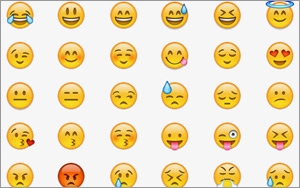 Where do images and image search fit into the next generation of search? Search experts will discuss the options at the next Search Insider Summit in Deer Valley, Utah.

Sometimes things don't always seem as they first appear. For instance, some view Pinterest as more of a search engine than a social media tool. Although a discovery tool for content, Pinterest has built algorithms driven from image recognition, per one retail marketer, who views the site as a platform more for search engine marketing.

How do marketers optimize for image search on sites like Pinterest, Facebook and Instagram, even YouTube? One retail marketer tells SearchBlog that Pinterest's algorithms are smart enough to break apart the images in the photo to understand that one image among many in the same photo is a stool. When the algorithms understand the image, marketers no longer need to rely on the user to mark up the content with keywords to identify an image.

While Pinterest, Facebook, Instagram and Youtube are more traditionally viewed as social media and video, at the core they all support image search. Snapfish allows consumers to take a picture and tags the image with text that identifies the object. Once the connection is made, retail marketers can associate the image with other hats or gloves. It all comes back to gaining more impressions and traffic on less money.

The algorithms create more interesting search experiences that include images and video, so discovery no longer relies on text. A site may have great photos of images but still do a poor job of naming conventions of its items. Google might have really good images in its product listing ads, but without the algorithms to identify the products it becomes worthless.

So how do marketers optimize image search organically? Search advertising has changed the retail landscape, but product listing ads with images have become increasingly more successful. RKG Merkle released its third quarter report for 2015 in early October. The reports notes that Google generated impressive growth from Product Listing Ads (PLAs) on mobile phones in the quarter as a result of larger images. Phone PLA clicks rose 166% in Q3 2015.

There's a new search engine called Emoji2Video created by University of Amsterdam researchers and Qualcomm Research that allows people to search for emojis on YouTube by clicking on an image. The developers say the technology presents an opportunity for an intuitive, visual interface and concise non-textual summary of video contents for small screens. They built a demo that allows users to build search strings comprised of ideograms that are used to query a large sets of YouTube videos.

"The system returns a list of the top-ranking videos for the user query along with an emoji summary of the video contents so that users may make an informed decision whether to view a video or refine their search terms," according to a research paper written by the developers. "The ranking of the videos is done in a zero-shot, multi-modal manner that employs an embedding space to exploit semantic relationships between user-selected ideograms and the video’s visual and textual content."

YouTubers can select an emoji from a list of more than a thousand used to search the thousands of YouTube videos. The images might have begun with a simple colon punctuation mark alongside a closing parenthesis to create a smiley face or frown, but it has evolved into a ton of emoji images and icons that created a popular form of slang expression.