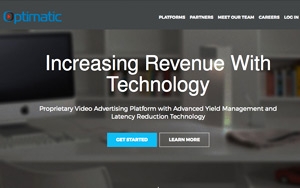 In a bid to strengthen its digital video capabilities, supply-side platform Matomy Media Group has acquired Optimatic, a programmatic video ad company, for a minimum of $25 million.

He added that video will play an important role in revenue generated from mobile ads.

Per a press release, the company claimed the combined revenues of Optimatic and Matomy for the year are expected to exceed $315 million.

In April, Matomy issued a profits warning after unnamed “various prominent media trading platforms” introduced rules that reduced display inventory. Yet the company has been on a growth trajectory, acquiring 70% of Avenlo, a Toronto-based ad targeting and email marketing firm, in April.

Last year, Matomy acquired Austrian company MobFox for $17.6 million in order to beef up its mobile advertising capabilities, and the company recently announced its plans to expand in the Asia-Pacific market.

Matomy trades on the London Stock Exchange and is headquartered in Tel Aviv, Israel.