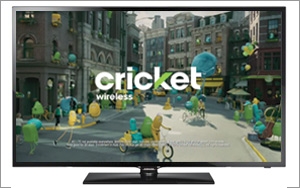 One advertising forecast says TV advertising will grow by a much slower rate in the next two years -- as digital media pushes marketers to shift budgets away from TV channels.

Brian Wieser, senior research analyst at the Pivotal Research Group, says national TV advertising -- without Olympic advertising -- will grow 2.4% in 2016 and 2.2% in 2017. Earlier estimates by Wieser showed growth of more than 3%.

He says because “digital-centric media owners pressed their case in recent years for marketers to increase digital spending,” marketers have shifted higher shares of budgets into digital media.

In his forecast, Wieser notes a change in his definitions with regard to TV and video advertising estimates. He separate TV-centric advertising that runs on traditional/digital platforms in premium long-form video -- TV shows, for example -- from other non-TV show digital video media.

From all this, Wieser says, “we have included related estimates in a line item for national syndication at this time.”