Purch Acquires ShopSavvy To Build User Base Through Mobile Apps 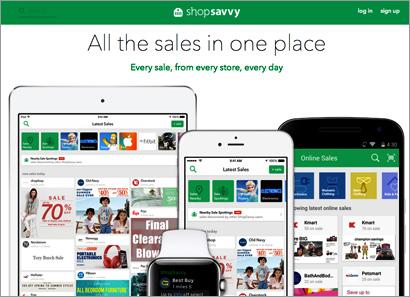 Online publisher Purch announced the acquisition Thursday of ShopSavvy, adding more than 1 million active monthly mobile shoppers to the 100 million monthly consumers traversing its portfolio of sites. The terms of the deal were not disclosed.

For Purch the deal marks its fourth acquisition in the past 12 months. Aside from ShopSavvy, which is backed by Facebook co-founder Eduardo Saverin, and former CEO of Saks, Brad Martin, among others, Purch continues to leverage $135 million funding to build out its mobile strategy. Other companies include ActiveJunky, Anandtech, and Consumr (now Purchx).

Greg Mason, Purch CEO, believes mobile apps are the future of content and shopping on handheld and wearable devices, and the acquisition will add to the company's publishing strategy to build a loyal user base through mobile apps.

Mobile apps are the driving force behind this effort, as they offer more convenience for users and result in higher conversion rates than mobile browsers, says Purch SVP Phil Barrett.

"While Purch is already in the shopping app space, we do not believe the client base of ShopSavvy overlaps with many of Purch’s existing client bases," Barrett says.

The ShopSavvy app supports more than 40,000 retailers and 100 million products with features that allow consumers to scan barcodes to search and find items at nearby stores or online and compare prices, product details and reviews.

The back-end technology powers a unique, multi-retailer product catalog that classifies products, sales and deals. It also aggregates and categorizes deals from thousands of retailers, sends sale alerts on searches, and shares daily and weekly deals based on shopper interest, intent and location.