Google Tweaks Language For Use Of 'Curvy' Keywords In Gmail Ads 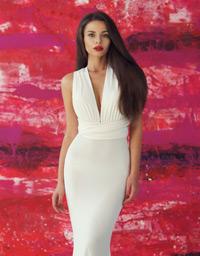 A disapproval notice from Google to WordStream set the wheels in motion to make a slight change in the policy the company follows to enforce language use and restrict content standards for Gmail ads.

The disapproval notice for Gmail ads went out for using the keywords “curvy” and “plus size” in the targeting. The disapproval reason and full explanation given in the AdWords user interface states that Gmail Ads cannot target body type and personality.

In a cached blog post now deleted from the WordStream site, Elisa Gabbert writes: "Jaclyn Jordan, who manages the account, alerted me to the new policy. We were both pretty surprised by it."

Google since has adjusted the language used in AdWords emails enforcing their “body-type targeting” policy.

Gmail ad restrictions differ from Google AdWords on the search engine, basically because in exchange for giving users a free email service, Google scans email content for ad targeting in Gmail. It's not unlike what other services such as Yahoo, Microsoft and Facebook do.

Some of the content that cannot be prompted in Gmail ads focus on adult-oriented content, adult dating, racial or ethnic information, and cosmetic procedures, among many others, because the ads are targeted on keywords that appear in emails received or sent by the recipient.

Google's disapproval for the ads run by WordStream's client focused on a policy that did not permit the promotion of products and services that target individuals with physical attributes that could be perceived as negative using plus size, curvy as an example, but that also goes for products promoting “fine-lines” or “anti-wrinkle” creams.

Nor can they address adoption, or products related to funerals or bereavement.