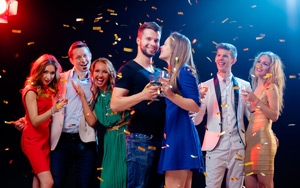 Some 85% of event planners rank email as their primary marketing channel for promoting a successful event, according to a study released Thursday by Bizzabo.

Email marketing campaigns outranked every other method for event promotion -- including social media, which followed closely behind email with 82% of respondents saying they promote their events through social channels.

Facebook is the most popular social networking site for event promotion, and 81% of event planners responded that they had used Facebook to promote their events. Seventy-six percent of respondents used Twitter and 61% had leveraged LinkedIn for event promotion, contrasting with the less than 10% of event planners who utilize either SnapChat or Pinterest.

An additional 45% of event planners define email marketing campaigns as having the biggest impact in increasing event registrations, according to the Bizzabo report.

"We believe this new research can help close the gap between how enthusiastic planners are about new and innovative event technologies and their actual adoption of these solutions," says Alon Alroy, CMO and co-founder of Bizzabo. "We have known for quite a while now that email marketing is still a major tool for event promotion.”

The Tel Aviv-based event management company polled over 500 event planners to analyze the best practices and trends of the industry.